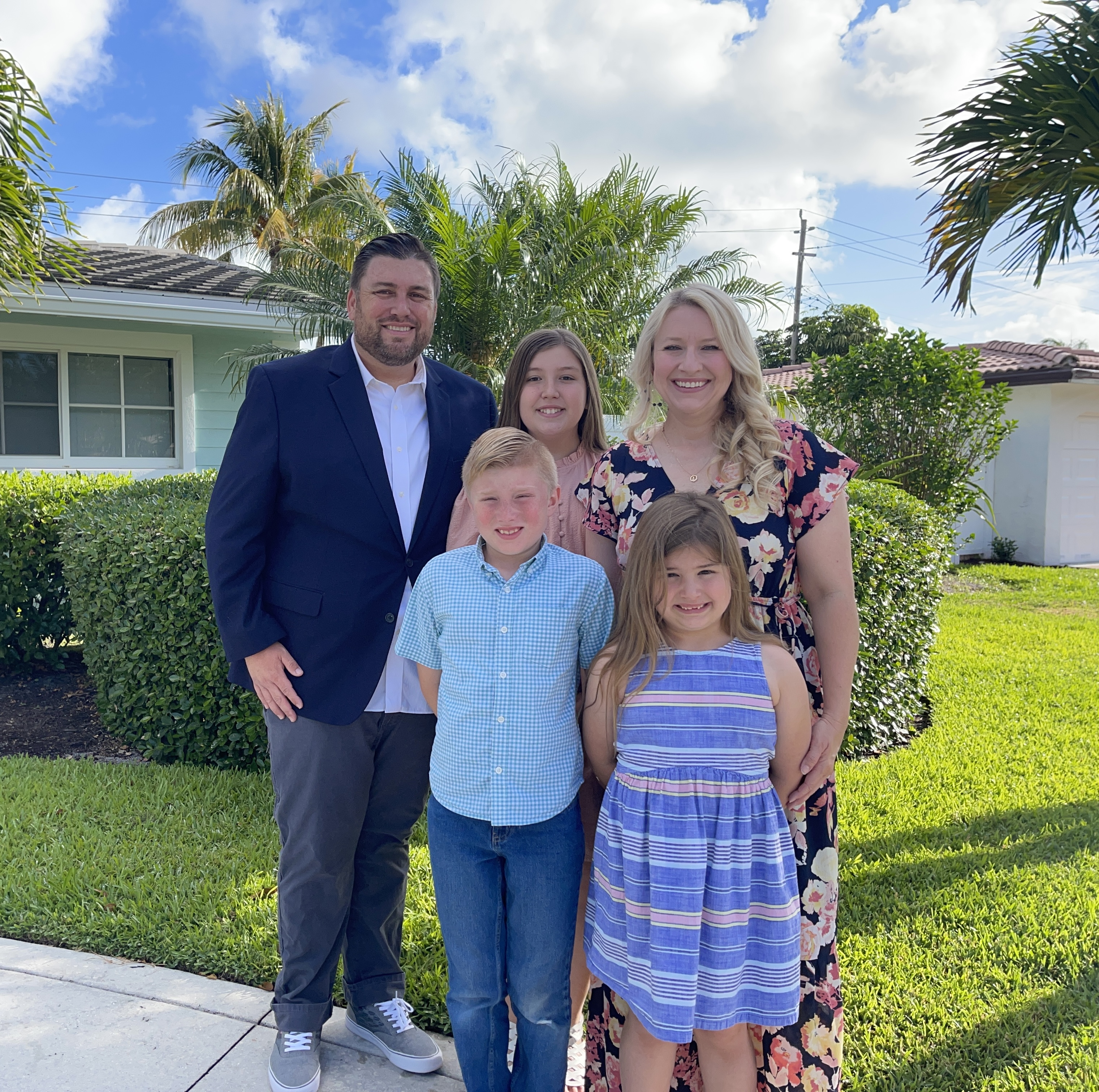 Danny Slavich grew up in northern California. When Danny was two years old, Danny’s parents became Christians, and Danny grew up in a Christian home. The church was always an important part of Danny’s faith walk. While serving as a ministry intern during college at his home church in northern California, Danny sensed God’s call to attend seminary and become a pastor. After graduation from San Jose State University, Danny attended Southern Seminary in Louisville, Kentucky, where he earned his Master of Divinity degree.
More importantly, at Southern he met his future wife, Laura Worden. Laura grew up in Lighthouse Point, and she graduated from Deerfield Beach High School. She earned her B.A. from Asbury College (now University) in Psychology and her M.A. in Christian Counseling from Southern Seminary.

Danny and Laura got married in 2007, and in 2009 were called to serve a church in Miramar, Florida. During their time there, God blessed Danny and Laura with three children, Adalyn (9), Judson (7), and Olivia (4). After nearly nine years in Miramar, Danny and Laura both sensed God calling them to start a new church, something they had been talking and praying about since before they were married. In the summer of 2017, God made it clear that he was opening the door for them to plant a new church in Laura’s hometown of Lighthouse Point/Deerfield Beach, and they are now stepping out in faith to follow God’s call.

In addition to loving his family and Cross United Church, Danny serves as adjunct professor and he loves baseball, reading, and writing, having recently earned his PhD in theology from Midwestern Seminary, with a dissertation entitled, "That the World May Know: A Trinitarian Multiethnic Ecclesiology."